Ever since Leo Downs’ birth, his best friend Mellow, a dog, was always by his side.

Chris and Katie Downs Leo’s parents live in St. Louis, Missouri, adopted Mellow when he was just a pup. For 13 years, he was their loyal friend. Mellow watched over Katie when she was pregnant with Leo, then took care of him when he was born. 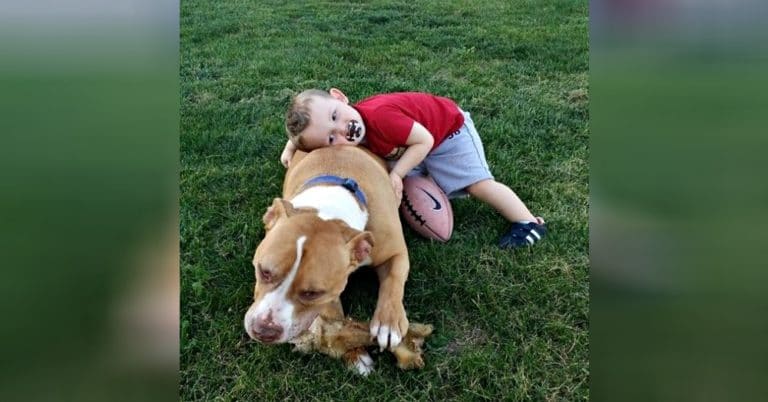 Both Mellow and Leo became inseparable after a while.

Katie said wherever Leo may be, Mellow was sure to be with him. Leo leveled up to a bunk bed last year while Mellow got the bottom bunk.

Katie said that Mellow loved them and everyone that he met with all of his heart, she also said that he exemplified what a top-notch dog truly is. Her husband took Mellow everywhere. It was rare that anyone would know her husband yet not know who Mellow was.

Due to natural reasons, the Downs family lost him in the winter of this year. Although they all deeply grieved for their loss, no one was as saddened as Leo.

The Downs family did not get another dog while the family was going through grief. However, Leo didn’t like his parents’ policy of having no dogs for a while.

Katie said that Leo kept telling her that he wants another dog. Like any other child, Leo also went to his father asking for the same thing. Katie was browsing the Facebook page of the Stray Rescue of St. Louis when she saw a photo that made her stop scrolling. Nutty Buddy, a dog on the Facebook page, was the spitting image of Mellow as a pup, and he was adoptable. 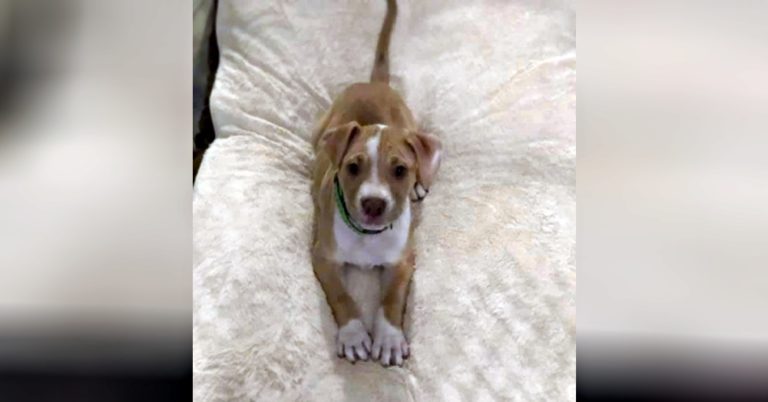 He was over nine weeks old was looking for a forever home. Chris was blown away by the striking resemblance when Katie showed the picture to him.

They immediately made an adoption application for him. Once the application was approved, they made it a surprise for their heartbroken son. Leo’s crafty parents said that they were going to the shelter to deliver some donations, but instead, Leo was about to be very surprised!

Leo was overwhelmed by seeing the puppy and burst into tears. Chris Downs was pleased that this moment of his son meeting his new best friend was recorded.

Watch Leo’s reaction to seeing his new best friend in the video below.