Parks are a place for a dog to have fun with his/her family, but it is not a place for that dog to live as a homeless dog without food nor shelter.

For over a year, a white dog with matted hair was surviving off of scraps of food that people fed him in the park that he was living in. After a while, someone finally called Hope For Paws and asked the group to rescue and help the stray dog.

Loreta and Eldad drove for three straight hours towards central California so that they can rescue the homeless pup. The duo instantly spotted the dog when they got to the park. 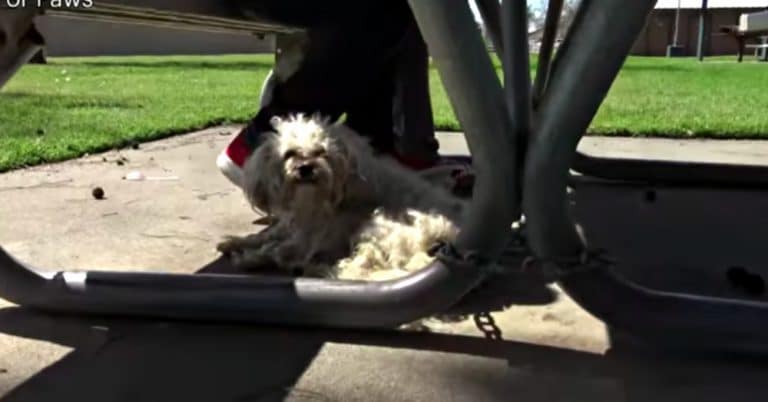 The dog was hanging out at a table where some people were eating. While the dog was searching for scraps to eat, the rescuers were able to approach and capture him. Loreta managed to pick the dog up and carried him to the car.

They decided that the dog’s name will be “Happy,” due to him being such a happy dog. According to the person that called Hope For Paws, even though Happy had spent more than a year living in a park, Happy didn’t let that get him down.

After looking for a possible microchip to no avail, they got ready for the long trip home. 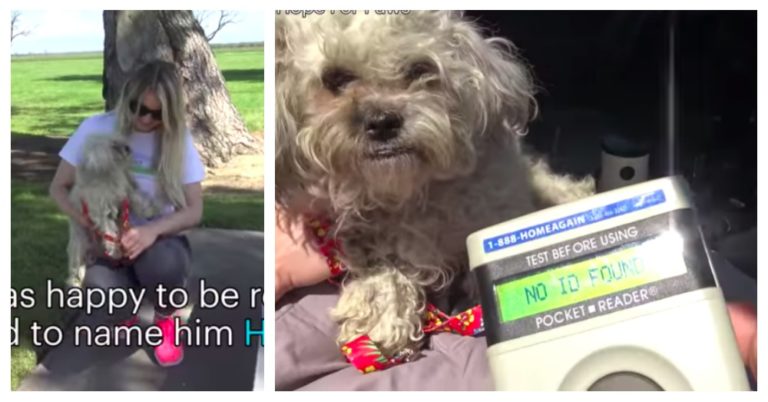 Happy sat on Loreta’s lap while on their way home. When they were back in Los Angeles, he was immediately given a haircut for the tangled hair to be removed and a bath. Happy was relaxed by the bath because he was covered in ticks and fleas. 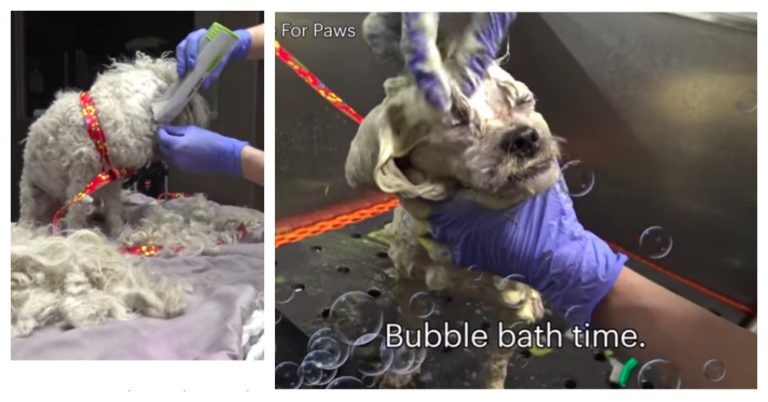 Smooch Pooch Dog Rescue treated and is currently fostering Happy. Happy is the jolliest dog in the world, and all he wants is a family. Happy has a really cute underbite and weighs 11 pounds. 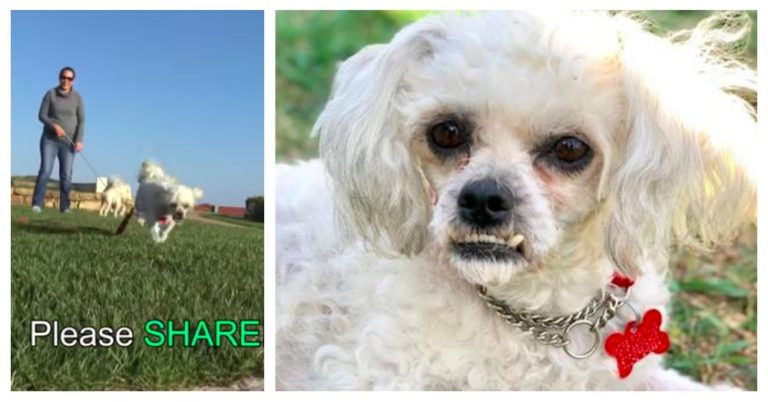 Watch Hope For Paws rescue Happy in the video below.