Searching for food, living near a busy freeway, and having a fear of humans is the life of a stray until someone notices them and calls for help.

Hope For Paws got a call telling them that there seemed to be a skinny dog living near the freeway in Califonia. Eldad went out to know if he can rescue said dog, it proved to be a challenge for Eldad.

The first time Eldad attempted to catch the dog didn’t go as planned. He arrived by himself and tried to capture the dog with some tasty food, but she ran away from him and for two days, didn’t return. 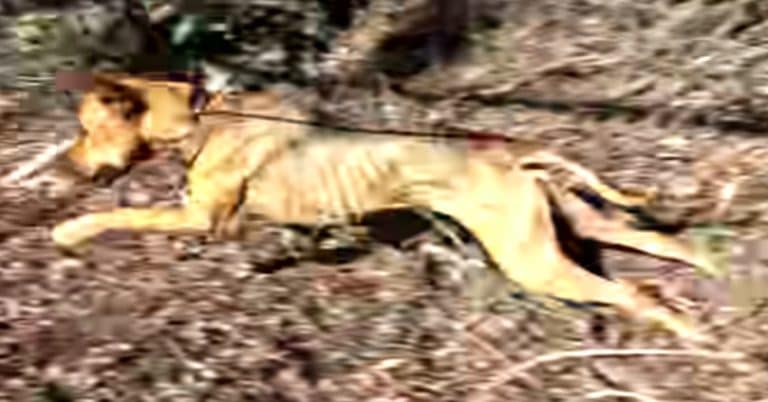 However, the next time he came, he was prepared with a backup. Loreta joined Eldad, and with some teamwork, they managed to capture the scared dog. From the top of a hill, Loreta approached the dog with some food in hand, while Eldad positioned himself at the bottom in case the dog ran away again.

Eldad had a snare and caught the dog when she ran away again. The dog settled down and stopped barking when she was offered food.

She was very skinny and in desperate need of food. She jumped right into the car when she realized there more treats to be found inside. Much to Eldad and Loreta’s surprise, the dog had a microchip. 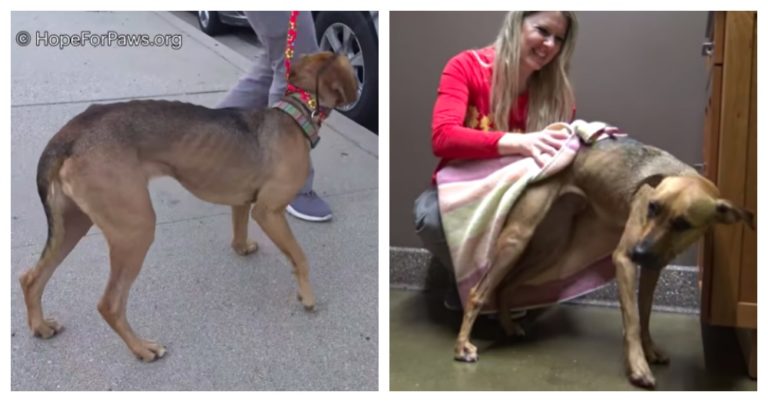 Though it wasn’t that simple, the team hoped that they could reunite the owner with her lost dog. They contacted the person registered as the owner when they got back to the animal hospital she said that she initially adopted the dog so that she wouldn’t be put down. However, when she couldn’t take care of the dog anymore, she gave her away to someone else. So that Hope For Paws can find the dog a forever home, she signed her over to them 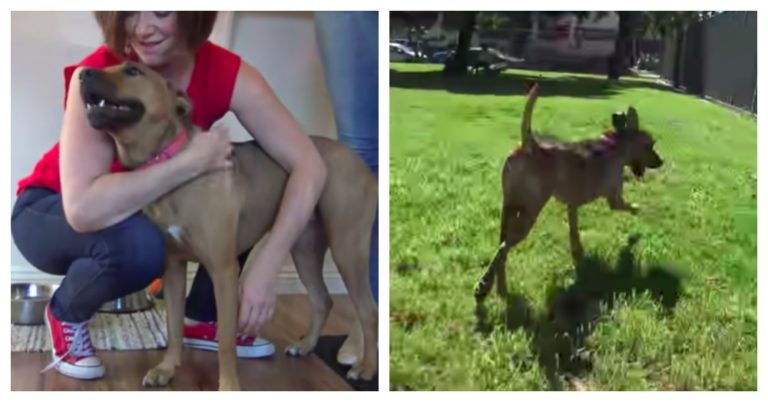 To honor Loreta’s dog, who recently passed away, they named the dog Hanako. Until her perfect family shows up, L.A. Animal Rescue offered to foster Hanako. The rescue helped Hanako regain her trust in humans and weight. They found her a forever home after two months of waiting. The couple who adopter her adores her and has renamed her Luna.

Watch Luna’ rescue video down below.